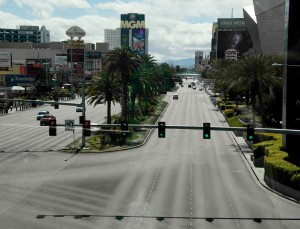 This USA and global economic demolition was not caused by the Coronavirus, but by inept, panicky politico’s reactions to it.

First, the economy was ready to crumble in the first place based on unlimited governmental debt and unsustainable socialist promises.  Then they controlled markets, banks, and currencies while limiting the free market flight of “money” from these socialist regimes. They bailed out the terrible banks and financial marketeers with the peoples money.  Poor people paid to keep corporatism and cronyism alive. Absolute tyranny and protectionism.  Not much different than Venezuela. It will just take longer for such large countries to become Venezuela. People  voting just THINK they have a choice.

THEN comes this virus and these governments first hide from its reality, and then succomb to irrational fear and false hopes to “save lives”.  Instead of putting money in sequestering the sick and providing the hospitals with supplies they need (which should always be stockpiled somewhere for these ongoing occasional pandemics), they force all businesses to close and keep the people at home in close quarters…telling them not to go outside. Worst advise possible when what we need is to build antibodies and PRODUCE the materials and antivirus necessary to slow down the spread.

Call me a conspirist…but this along with the Saudi reduction of oil prices at the same time looks like a very coordinated shutdown of capitalism and individual sovereignty in the name of “safety and security”.  We will soon have neither liberty nor safety…and the sheeple don’t deserve it for blindly following their governments.

Now Trump has joined the socialist congress in giving handouts to most Americans (to buy their complicity) and blow $6 TRILLIONS of worthless FED cash into the same false economy. This is just the beginning of the end…and we’re not talking about the “virus”.

Now expand that demolition to the EU, Asia and rest of the world as we knew it. You will soon have the one world socialist system so many of you crave.  Good luck finding freedom and individual sovereignty anywhere in the organized world in the near future.