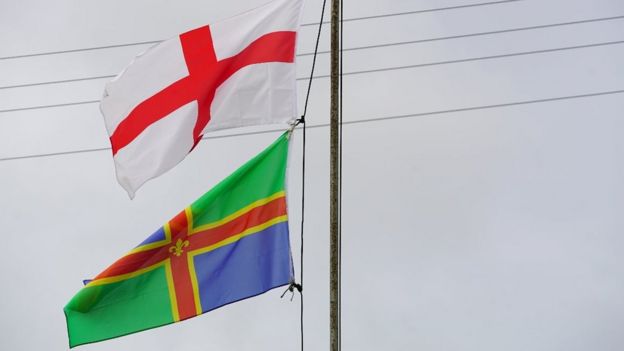 Years ago we wrote vociferously regarding the “Panama Papers” incident since that whole affair was subversive and gives Panama more of a black eye than they deserve. If Panama (or any country) is offering low tax investment to foreigners, that is their business.  They should not be forced by other governments to give up controls over funds and investments placed in their sovereign country.  If the money was stolen by foreign politicos, rulers, or citizens, it is not Panama’s job to police the regulations or tax collections for other countries. A ridiculous concept. Instead, it is healthy to have competition between “states”  on how they treat investors and their citizens economically.

The USA is the biggest offshore “haven” in the world…for foreigners. For citizens the USA Patriot Act and FATCA are unconstitutional, repressive acts that have made Americans prisoners of their own country more than any other nationality in the world.  Privacy and personal sovereignty are practically non-existent. Only the privileged few and wealthy can afford lawyers and sweetheart deals to help them circumvent the high taxes and regulations in the country. If you don’t have a passport, you can’t leave. The middle class is disappearing. The fabric of the USA has been destroyed by big government and the welfare state.  The USA government is BROKE and no ones seems to want to say it, and we just keep giving more and more money to these irresponsible losers in Congress. Fortunately (?), we have plenty of guns and nuclear weapons to keep everyone else at bay in the world until we figure out what to do.

Statism and Nationalism have evolved into a world controlled by a network of nefarious and evil politicos…all working towards controlling the people and working with the global banks to “keep everyone in line”.  The older we get, the more we refute this reality and work against it.  Every year we become more anarchistic and promoters of individual sovereignty.   The state suffocates us and then puts us under their “care” to make us dependent on them…cradle to grave.  This has been a phenomenon of only the last 100-150 yrs. There is no more capitalism…just corporatism and cronyism in the halls of power.

Solutions? Restore free markets and trade without state and bank controls and hyper regulations. Instead of welfare, put the money in programs to learn trades and technology that will support the new businesses free trade will inspire.  Stop rewarding people for bad/dependent behavior with free money for poor people who keep having all the babies and doing drugs to forget about their terrible choices.  Instead put that money into education and ghetto restoration projects.  If people are dependent wards of the state, they should not have the same rights/freedoms as those who are independent and productive.  Freedom is not free.  Equality is not automatic.  There is no such thing as a free lunch.

Finally…stop prohibitions, the miserably failing drug war that just moves more taxpayers money through filthy hands of cartels AND governments. Stop income taxes which are repression and robbery, and replace them with a basic transaction tax of 1% on every transaction. That would actually give governments more money than they now keep at 40-50% income tax rates. This basic change alone would cause global economies to boom and rise up everybody’s “boat” with 40-50% more money in circulation versus in government coffers. Of course, the powers that be don’t want to correct these aberrations that they benefit from.

There is no truth in media and governance today. It’s all “smoke and mirrors”.  These politico’s actions and deeds need to be out in the sunlight.  No more secret or redacted contracts, documents or “deals” by government entities.  What is the public’s is the public’s. No more corrupt, legalized secrecy.

And final point is giving kudos to “Brexit” as a needed, brilliant move to restore the independence and self interests of the UK. The socialist bastards in Brussels have no interest in building up the UK.  They just want to suck money out for redistribution, and have a dumping ground in the UK for all the Islamic and poor displaced people in the Middle East and Africa. Talk about a brilliant plan to destroy Western Civilization and culture in a few short decades and replace it with globalism and collectivism! They over run your country with fundamentalist religions and violent foreign cultures in direct contradiction to your historic ideals.

The UK cannot sustain those factors for much longer.  Of course, it is sad when so many of UK’s countrymen would rather have these foreign leaders run England than trust the domestic ones. Replacing free trade with “controlled” trade in a block has not worked. Deficits everywhere are rising rapidly. We believe in the long run the Brits will be more productive and better off handling their own affairs and controlling their own money, trade, and production. Of course, if they would rid themselves of an outdated, useless monarchy mentality, there would be Billions more in sterling and gold to help support the social needs of the UK and invest in more positive economic opportunities. Antiquated global monarchies just continue the status quo of imperialistic and dependent ideals based on false expectations from reverencing such old school traditions. We will never go back to those times.

So in summary…smaller governance, restore people’s control of their own money vs bank controls, restore principles of capitalism vs socialism, and get back to educating the youth in meaningful productive ways and give them useful trades.  Quit educating them into socialist vagabonds dependent on the state. This should be a global cause and creed.