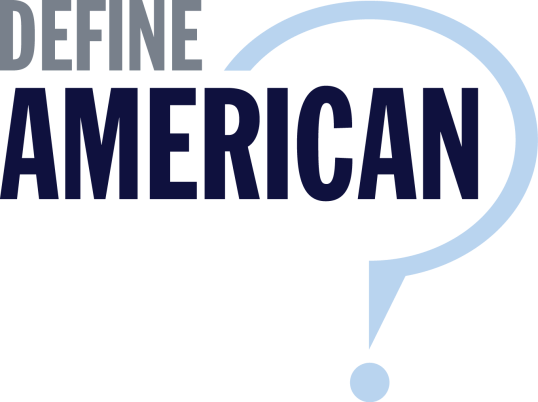 With so much political dialogue recently over restricting immigration versus taking in more refugees, most notably from Islamic nations, we reluctantly enter these thoughts into the fray.

We say “reluctantly”, because this subject can lead to much hypocrisy and is very difficult to consider in an absolute way.  While on one hand America was founded by immigrants and quickly became a melting pot of independents and misfits from all over the world, it was primarily developed by Europeans based on western values with a strong leaning towards the dominance of “Christian” institutions.

Many of the early settlers in America came bent on conquering the “new world” with their Bibles and crosses, overrunning the indigenous Indian natives with “our ways”, including how to dress, eat and speak.  Anyone who did not replicate these WASPish ways was labeled “savage” or “infidel”.

Since early America was divided up into various Indian territories with no centralized government or state, the land was quickly and easily invaded by hordes of “foreign” nationalities who in essence were extensions of their home governments and institutions. As we now know, the original native Americans were quickly pushed into “reservations” and their beliefs and culture were practically annihilated via guns, swords, cannon, and disease.

Now, only 150+ years later, this experiment of a democratic republic is finding itself in a whole new phase of immigration and change.  The original establishment of religion and culture are on the decline against a major growth of both secularism and rapid infusion of Islamic religions into the former culture of dominant Christianity of European forms.  It may not take long before “westerners” are the ones in America living on “reservations”.  These reservations may be constructed by those who will choose to live separated from ethnicities that look or act differently than themselves.  You already see this happening in gated communities and even trailer parks throughout the country.

We prefer a model of liberty, sovereignty of the individual over government sovereignty,  and absolutely no establishment of religion within governmental institutions…but, it is very hard to get the majority of Americans to understand the importance of maintaining a secular outlook on sovereignty and inclusion.  Some people believe in a liberal acceptance of all beliefs into the framework of our country with no conditions.  Others want limits on how many from various religions and cultures are accepted into this democratic equation.

This has all led to the current quagmire of civil unrest and disagreement over how open our borders and culture should be to diversity and “otherness”.  Some people’s “Christian hearts” lead them to accept and “love” everyone with welcome arms and inclusion with a heavy socialist model. After all, Jesus represented the first model of theocratic socialism in the old world religious order of things.  Others, of course, are willing to accept only those who share the same beliefs and values and desire to live separate from “unbelievers”.  This concept is actually shared by the three main religions of the world…Judaism, Christianity and Islam.

Yet, American Christians seem to have forgotten the history of their religion related to the Crusades, the “Dark Ages”, Inquisitions, etc.  Christianity from the beginning was a “life and death” proposition where one was to be willing to die for their beliefs. Not accepting any religion was deemed heretical and very much in the minority. People were labeled and “burned at the stake” or hung by the rafters for their apostasy.

Now we have a new era of fundamentalism in which the Muslims are the fastest growing religion and culture in the world.  With the advent of globalism, this also means there are fewer barriers to travel or expatriating for all kinds of people worldwide.  In reaction to this, you now see more extreme positions taken by hardliners trying to defend THEIR race, culture, and religion…while a large part of the world seem to think it doesn’t matter anymore what people think or believe.

While in reality, money is the main determinating factor on how freely people can travel or expatriate to other countries…the other great movement of people is the global refugee crisis caused by so many international conflicts. Refugees by definition have little or nothing to fall back on financially and are usually trying to take “refuge” wherever they have the best chance to thrive economically.  In America, acceptance of refugees is wavering in light of modern-day terrorism and reactions to weak governmental leadership.  This has led to levels of civil discord in the USA not seen since the Civil War of the 19th century.

Today we have a much more diverse outlook on these things in America.  Racism and bigotry continue to rear their ugly heads in the dialogue of our country’s conscience.  All religions and races are demanding not only EQUAL rights or protections in this nation, but are believing they should have SPECIAL protections and demarcations of religion recognized by “the state”.   Christians typically do NOT believe Muslims or Jews are equal in the eyes of “god”.  Obviously, the other religions have no more tolerance for Christians either.

So, now it comes down to how a nation such as this can protect or control what happens within its borders.  There are factions that want completely open borders for whoever wants to come, while others want to shut down immigration or expatriation to anyone that does not represent or believe in Western Civilization, Christianity, and/or its institutions.

For us, the lines are becoming more clearly drawn, and we have a few hard lines to offer our political leaders where it comes to immigration to the USA:

We live in a different America than what existed at the turn of the 20th Century.  We cannot secure our land, governance, and sense of freedom by allowing ourselves to be overrun by diverse masses that have no respect or honor for a secular democracy.  If we continue doing that, we will eventually see our constitution and civilization overturned by theocratic and/or socialist governance that is already destroying most remaining fibers of free enterprise or individual sovereignty around the world.

To continue guilt-tripping ourselves into accepting extremists of religion or culture as fellow citizens and their growing masses of blind zeal will continue to decimate whatever ideals we have left of strong individualism, unity or true independence as a country.